Since their beginning the debate has raged: Android or iPhone? 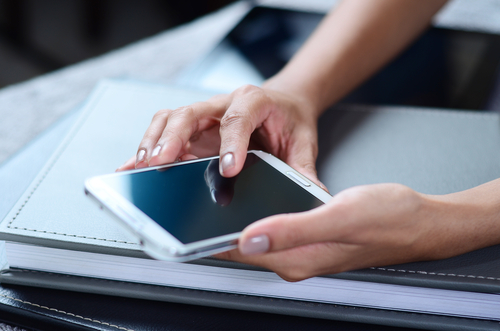 Apple got the jump on the smartphone industry with its release of the iPhone in 2007, but Android quickly followed a year later with the HTC Dream, also known as the T-Mobile G1. What most people don’t realize is that Google’s Android team had been secretly working on a different design with a keyboard and smaller screen that was scrapped with the release of the original iPhone. They completely re-designed the product and released the G1 in late 2008.

Thus began the battle among cell phone designers and manufacturers. In 2010, Apple dominated the smartphone market with a 28 percent share compared to Android’s 9 percent, according to a study by Nielson. However, a mere three years later, Android held the majority share with 51 percent while Apple had 43 percent, according to research conducted by Kantar Worldpanel Comtech.

So what caused this skyrocket in popularity? From the start, the Android team was committed to doing something different. They set out to create a platform that would apply to a wide variety of phone carriers and manufacturers. This allowed the potential development of a multitude of different phones all carrying the Android platform.

However, they were not always confident in this choice. When they came up with the concept, they were a little concerned because their greatest strength could easily become their biggest weakness. If multiple hardware developers all chose to use their operating system, there potentially could be a greater increase of miscommunication, leading to a snowball effect that ended in disaster. Luckily, this wasn’t the case.

Over the years, the Android team has been able to accommodate the variety of hardware designs and specifications as their popularity grew. Since their first major update in 2009, named Cupcake, Google has focused on improving consumer functionality while continuously expanding resource allocation. The first update incorporated increased support for camcorder and camera functions as well as Bluetooth and software upgrades. Now, as new technology is added, the Android software gets updated and released as quickly as possible so that users can enjoy the benefits of stronger, faster and more reliable innovations.

But, software is not the only update to the Android devices. Phones like the Samsung Galaxy Note 3 are incorporating a wide variety of new technology including a stylus for improved note taking and Galaxy Gear for increased connection with less distraction.

The future of Android shows all kinds of possible technological combinations for the future, and why they have taken over the smartphone market. So, do you miss your iPhone now?

1 thought on “Switching to Android? Why You Won’t Miss Your iPhone”