Cyber attacks are one of the most common and costly threats against businesses. In fact, IBM estimates that companies are attacked an average of 16,856 times a year. Data breaches occur when confidential information is released to an entity via unauthorized entry, explains LifeLock. And with today’s constantly moving data these breaches can happen in a blink of an eye. Let the three biggest cyber attacks against corporations in 2014 be your guide on what to do and what not to do to protect your company from hackers. With more than 1.5 million monitored cyber attacks in the U.S. per year, you don’t want to leave anything to chance. 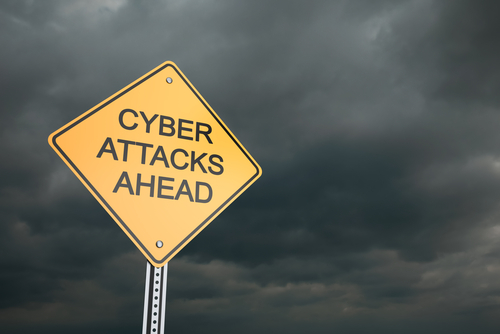 What’s red, blue, yellow and green and doesn’t quite know how to handle data breaches? Earlier this year hackers managed to successfully steal personal records of 233 million eBay users, including their encrypted passwords. The company sent out emails to the affected people, notifying them of the hack and asking them to change their passwords immediately. This sounds good until you realize that they decided to do this after the news had leaked, reports PC World. According to Wired, they also weren’t clear that financial data had been compromised, which has led to a class action suit. Let’s just hope that this corporations learns from its PR mistakes and starts taking the protection of customers’ sensitive data more seriously. The takeaway? Always make sure your company’s first response is to let clients know of a potential threat or break in security.

In October JP Morgan announced that contact information for about 75 million households and 7 million small businesses had been compromised in a cyber attack. Considered to be one of the biggest bank hacks in history, the attack against JP Morgan should certainly not be taken lightly, particularly when we keep in mind the kind of information stolen. The breach managed to gain the highest level of access to more than 90 computer servers and expose clients’ personal information including names and email addresses. Interestingly enough, the hacker or hackers did not attempt to steal account data, most likely because that information is supposed to be encrypted, states The Atlantic.

Regardless, there’s still a high chance of identity theft for those unfortunate people that had their personal data stolen during this cyber attack. Why? Well, considering that banks have more personal information about us than any other business, it’s easy to see how this could be abused. Not only can the hackers sell our info, but they can also use it for fraudulent activity. And according to The New York Times, the attack went on for three weeks, a difficult thing to believe considering that JP Morgan has more than 260,000 employees. The breach has made many question if this bank is becoming too large for its own good.

Who can forget Apple’s latest cyber attack? In this case, it wasn’t a person’s bank account information that was up for grabs, but something much more scandalous. The problem began when hackers gained access to celebrities’ iCloud accounts. The attack was specifically targeted for “Hunger Games” darling Jennifer Lawrence, model Kate Upton and actress Kirsten Dunst. The hackers proceeded to post compromising photos of all three online. Dollar bills might have not been at risk this time, but reputation and privacy certainly were for these Hollywood beauties. Furthermore, Apple also suffered from this data breach since it came only a few weeks before the highly anticipated iPhone 6 launch.