Voice communications over the internet is a revolutionary idea and it has given a paradigm shift to our idea of business communications. However there are several fun facts associated with VoIP and internet that we tend to avoid while focusing too much on the technological aspects. Average users like you and me are often oblivious of the faun facts related to the internet and IP phone. There are numerous trivia pertaining to VoIP because the technology has a very rich history and even its evolution is filled with many interesting anecdotes. 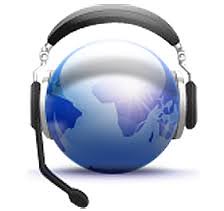 The business revenue that VoIP will be generating in the next few years will cross the $15 billion mark and there are numerous companies that are coming up with interesting ideas and making the use of VoIP interesting.

Michelle Patterson is excited with the new technologies that are threatening to change the way we stay in touch and communicate, particular in business. She works with companies that are introducing these technologies to make understanding them easy for regular people.