Consider the computer of the early days: It took up a whole room! Computers have shrunk in size over the years — from the boxy, creaking IBMs of the 1980s, to the Pentium desktops of the ’90s, to the sliver-thin Macbook Air laptop computers available today. We’ve come a long way! Computer technology has paved the way for wearable, useful tech for the gadget-lover. Here are some exciting surprises for 2015. 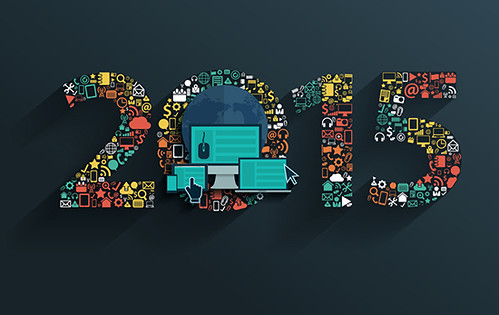 The satellite phone is not new technology. Satellite communication has been around since the space race in the 1960s. But personalized secure satcom from a mobile device is something that, once commercialized, could lead to a truly connected world. And one company is commercializing it: Roadpost.

With cell phones as a lifeline, we’re constantly using wireless tech to text, call, surf the Internet and give us directions. But we’re at the mercy of our service providers. If we need to use our GPS while out of service… well, we’re out of luck. Cell coverage in rural areas is spotty and Wi-Fi access tends to be hit and miss. That’s where satcom comes in. With coverage spanning the globe, network access trouble becomes a thing of the past.

But with the satellite phone, if you wanted to, you could phone your friends and family from the top of Mount Everest. The chances you will ever climb Everest are slim, but you get the idea. This is a truly mobile phone. Your coverage zone is the whole planet. The problem of being “out of range” is no longer.

What’s not to love about the iPad Mini 4 due out this year? This new incarnation of iPad will be faster, smaller and feature-packed. If you’ve ever had an iPhone or an iPad, you know how great it is to be connected to the world at all times, and the hand-off feature means you always have your latest communications at your fingertips.

This one will set you back a pretty penny but it will also change the way you actually look at the world. Google Glass is wearable tech at its best — smart glasses meets tablet, and everything is voice controlled. It can take pictures, run searches, take notes, etc. all at a single voice command.

Gamers have been dreaming about this tech for years, and now it is here. Snap on the Oculus Rift headset and you’ll get a complete 360 degree view of any virtual world. The applications go beyond gaming, branching into education applications as well.

2015 looks set to be a very exciting year. What tech are you dying to get your hands on?