Recently, I decided to upgrade my cell phone to an Android smart phone. Unlike Windows, IOS and Android are basically Unix derivatives. If I go to the Quota discussion entitled Are IOS, Android, Macintosh, and Linux, all related to Unix? at Is Windows the only off-league operating system? , the answers confirm my hypothesis. And the Forbes article entitled  Is Unix Now The Most Successful Operating System Of All Time? mentions, “Yes, it is true that both Apple at +0.4%‘s iOS and and Google  at .45%‘s Android are variations of the basic Unix Operating System. And 900 million concurrent users might indeed be the largest number of people using an operating system yet.” 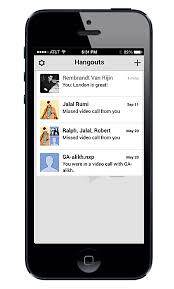 But Android is the current market share holder. The Apple Publication Mac Rumors confirms this in iOS and Android Combine for 96.3% Smart phone Market Share in Fourth Quarter at Smart Phone market share. It mentions that,”The latest numbers from research firm IDC reveal that the smart-phone market continues to be a largely two-horse race between iOS and Android, which accounted for 19.7% and 76.6% market share in the fourth quarter respectively.

So if you are going with the Android apps and Android phone, here are some tips I discovered to be useful:

Let’s look at antivirus. In reality, you can get by without an anti-virus on a Unix cloned operating system. But to have an extra layer of protection, it’s worth while to add one – especially a good free one. There’s a good article entitled  20 Best Free Android Security and Privacy Apps 2015. I’m running with a candidate from Asian called 360 Security, which is a leading company in China at China security. But any one in the article is good or ones with many high ratings, downloads and many reviewers on Google play.

You should only run and install one antivirus solution. Otherwise, they might fight against each other and consider the other one as enemies. I have also played with Bit Defender, Avast and AVG on the PC before. They are also good. Ccleaner compliments 360 Security for cleanup and speed boost.

The other Asian market comes with instant messages. I have both Whatsapp and Line installed. Whatsapp was purchased by Facebook for nineteen million. In a Forbes article entitled Line Takes On WeChat, As Whatsapp Watches at Smart phone instant messaging, it said this,” Just a month after word emerged that Japanese mobile messaging giant Line had found a China partner, new reports are saying the company is preparing to formally enter the market in the next few months. “

I believe in having two variations of the same tool available – except for anti-virus. Line and Whatsapp fit the bill. And Line is another Asian innovation.

In the PC world, I like Google Chrome and Firefox. But I stay away from Google Chrome on my PC, as it likes to autostart itself. Even if you take care of this in the Windows start-up menu, Google Chrome will reset itself on continued usage. Therefore, I go with Firefox.

But mobile providers like to cap or limit you total monthly bandwidth. The fastest browser is Opera Mini, which is developed initially by a telecoms company in Norway. I prefer it for Android, but Chrome or Firefox for the PC or Android vi WiFi.

Any tips for our audience

My Boost Mobile plan only covers the US, while Ooma and Google Voice covers US and Canada.  However, I can call Canada via Mobile and WIFI spots via:

Any tips you can think of? If so, please share them.