Last week, I shared some tips on Android apps entitled Three Tips for Choosing Android Apps. In order to understand Apple and Android, I pointed out that both were derivatives of the Unix system. 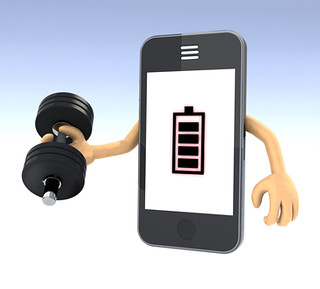 A good article that explores the underlying languages is Developing for the iPhone and Android: The pros and cons. In the article, these points are crucial:

These are important points. When I was at COD taking programming courses, they did offer courses in C, C++ and Java. With C and C++, you can understand the languages Windows, IOS, Unix, Linux and Android are written in. Java is also immensely popular at community, private and state US universities. So it is easier to crank out Android app developers.

On the other hand, objective C is not taught a COD or Harper, two Illinois community colleges with great computer science offerings. So Apple will probably get less developers. And there is no overall king of tool kits out there yet, to crank out Objective C. With that in mind, along with much higher prices for a Unix system derivative and hardware functionality duplicated by Asian firms – I’ll run with Android. And like the article also points out, Android is an open system and Apple a closed one.

Do you really need an anti-virus?  Let’s look at Best Free Antivirus App for Android.  It says this:

“First things first. Can my Android device get infected with a “virus”?”

“The short answer is NO. Because, you see, Android apps work under a “sandboxed” security scheme. This is a technique that places “virtual walls” between apps and the rest of the device’s software, so that the only way an app can share resources and data is by declaring permissions which restrict what actions an app can perform on your Android device, what files it can reach, and whether it can get access to your personal data or not.”

In ELI5: How do mobile apps make money? , it does raises questions how apps make money. I installed both 360 Security and CM security on my Android machine. The CM security and their companion product Clean Master, appear to sell ad banner clicks. I do get advertising with them – which is OK. But they have pointed out some vulnerabilities with some existing apps. But they suggested upgrading them – which I did. Which brings up a great point. Check your phone for firmware, operating system and application upgrades.

I’ve installed the MagicJack app. It keeps starting up initially and prompting me for login info. I’m currently waiting for MagicJack Go to arrive from Amazon. I like Skype for video chats and talking to friends and family connected with Skype. Ooma does have a phone app. But I have read that it is five dollars extra per month and is limited to only 1000 minutes a month (i.e. sign in to your Ooma site and look at add-ons). If you go to Google Play store (i.e. apps for Android devices), it has about 2.9 out of five stars in ratings. MagicJack App has 4.1 out of five stars for a rating. And it offers unlimited calling (i.e. I’m sure there is some cap somewhere). On the other hand, Ooma has excellent user ratings and reviews on Amazon. What does that tell you? Ooma for a home system and Magic Jack for mobile devices and backup.

Anyway, enough for now. More on MagicJack and Google App Dialer with Google Hangouts, when I have a chance to test them. Remember this.  If you use WiFi sites often, check out 17 best Android VPN apps