When picking out a smartphone, consumers usually choose the latest trending phone and rarely use device security as a deciding factor. But, as hackers are becoming increasingly savvy on how to gather information from your phone and steal your data, you need to be more proactive and pay attention to how your phone can offer protection. Sure, every phone has a password protection functionality, but digging deeper can protect you even further against hackers. 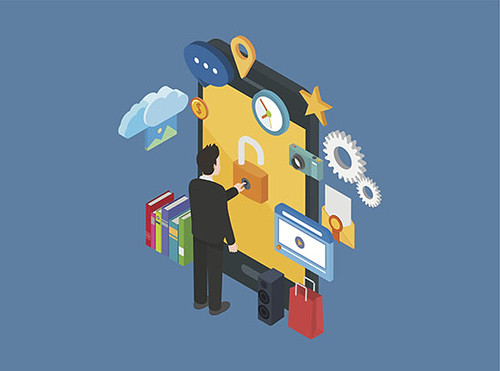 Here are three of the most secure phones in 2015 that are currently on the market:

Apple’s iPhone 6 plays off of the success of the iPhone 5s, which saw the introduction of many new security features. The iPhone 6 takes many of those privacy features and makes them better than before.

The Galaxy S 6 also features a fingerprint scanner, but it’s just one component that makes the S 6 one of the most secure devices of 2015.

Samsung Knox comes standard with the Galaxy S 6 and S 6 Edge and is essentially a mobile device management (MDM) business suite. This means that if you happen to lose your phone, you can compartmentalize your files onto a partition that is separate and can be remotely locked or wiped. This comes in handy if you tend to have bad luck with phones and often lose or break them.

This phone is a true paranoid person’s dream come true. It runs a heavily-modified Android-based operating system called PrivatOS, so it is not necessarily for the everyday consumer. This OS allows for multiple virtual self-contained workspaces, which make it that much harder for data to be compromised. However, the OS is about the only thing that it’s got going for privacy as it does not feature any hardware components like a fingerprint scanner.