More than 16 million people in the United States became victims of identify fraud in 2012, losing some $24 billion, according to the U.S. Department of Justice. 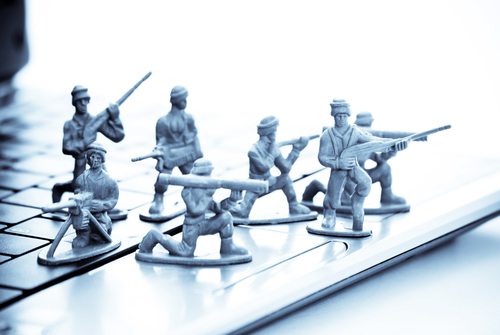 This is big business — and not just for the criminals.

The good guys have also been ramping up the fight in recent years as well. And identity theft protection is now a rapidly growing field that is attracting more people and creating more jobs.

When your identity is stolen, your financial records — and maybe more — will be compromised. To figure out just how deep the damage goes, banks and financial institutions need employees who are experienced and knowledgable about common outcomes. While not all companies will have people dedicated to this task alone, some definitely do, and it is their expertise that will help determine whether a claimant lost money due to fraud or if they are merely claiming purchases they willingly made were illicit transactions (which does happen).

Law enforcement needs similar experts. To track down identity thieves, they need trained personnel who can identify the patterns and tendencies used by these criminals. We’ve all heard the phrase, it takes one to know one, and while the police don’t want ID thieves in their midst, they do need cops who can think like those on the other side of the law.

Throughout this period, the risks, vulnerabilities, and liabilities for companies in the technology sector have changed, too, and the insurance industry has continually developed new product lines for cyber insurance in response. This includes personal lines that individuals can take out to recover losses as well as large policies for corporations, which may have to spend millions of dollars to deal with a large data breach.

Everyone from banks and credit companies to private investigators and startups catering to this risk have gotten into the fraud monitoring field. It is a new, unfortunate necessity in a world where hackers and dumpster divers alike are trying to take over people’s identities and open up new lines of credit in their name.

The big firms — Experian, Equifax, and TransUnion — are all in the game, as are specialized agencies that offer more granular services.

So while the data security industry is not solely about preventing identity theft — companies and organizations have many secrets to keep — it is growing even further as more illicit thieves across the world try to access databases to steal from the unsuspecting names listed within company files.

This is by far the largest related industry. And it is also the most important. Investigating, insurance, and monitoring are all wonderful remedies to recoup losses or alert potential victims that nefarious ID thieves are trying to take over their life, but prevention is the only way to make sure it doesn’t happen in the first place. Unfortunately, there aren’t any 100 percent guarantees to keep data completely secure. So until the protection warriors find a perfect solution, those who want to stay safe will have to rely on all the professionals in the industry.