Evolution of Cloud Based Phones 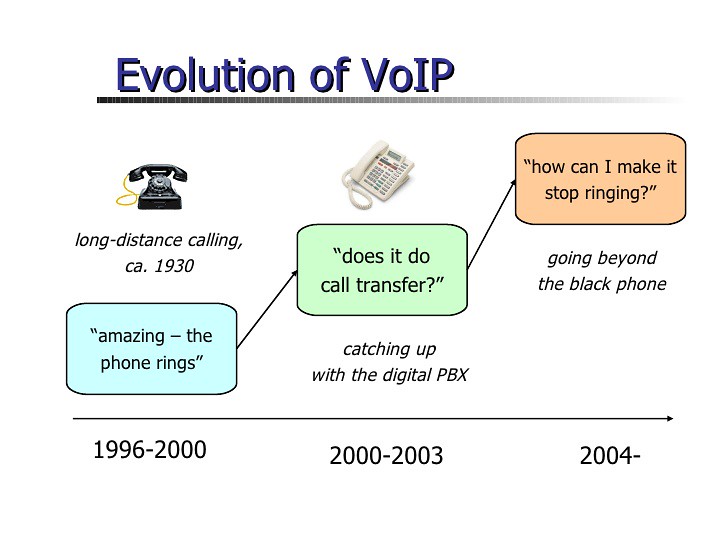 The Settings Behind This Technology

Three inventions primarily spurred the evolution of VoIP. First telephone, next internet and the third and most crucial invention is the internet protocol. Something that was started by Graham Bell in 1870, gained popularity over the years and turned into an indispensible part of modern communication.

During mid-1960s, internet was first time used by U.S defense, not what we use today. It was originally started by advanced Research Projects Agency Network (ARPANET). During 1980s this technology gained widespread usage.

In 1972 Dr. Vint Cerf invented internet protocol or how data transfers between two computers. Thus, the foundation for VoIP was laid until further progress took place.

Beginning of Cloud Based Phones

In 1973, again ARPANET contributed to the beginning of VoIP. It was during that period that ARPANET conducted experimental transmission. However, it was during 1995 VocalTec, an Israeli company that patented the internet phone. VocalTec developed software for transmitting the voice over internet compressed the voice signals, converted them into digital packets and distributed over internet.

As long as both the receiver and caller have same software and hardware the technology worked well. The sound quality then was nothing near the conventional phone sound, but this effort was the first step towards IP telephony that you enjoy today.

Adoption Of The Technology

The early adopters of this technology were comprised of the hobbyist who had understood the potential of this technology. They preferred transferring voice data packets over the web instead on depending upon the traditional phone system.

The software that VocalTec developed used a PC that was integrated with a sound cards and speakers and microphones. Then the system was leveraged on H.323 protocol instead of SIP protocol used today. It allowed PC users to make long distance calls. However, during 1995 the broadband internet connection was not as good as it is today. Thus, IP telephony evolved with time as there was advancement in broadband.

During 1996 Intel also introduced software for internet telephone. Gradually the use of IP cloud based phones started evolving and by 1998 almost 1% of the total users of voice traffic used VoIP. Entrepreneurs started creating new hardware to support the system and software to make the system run. All this enabled phone to phone and computer to phone connections.

Even networking managers like Cisco, Lucent, 3Com started introducing hardware that will route the VoIP traffic efficiently. By 2000 the total usage increased to 3% of the voice traffic all over USA.

During the 90s for marketing VoIP costs were subsidized. However, as the broadband technology advanced, the quality of VoIP services also enhanced, there was more call clarity and reduction in latency. Cisco and other networking giants started making hardware that made this technology easier to use. It was during 1999 that session Internet protocol or SIP was released. The first open source private branch exchange software asterisk was developed by Mark Spencer.

Until 2004, mass marketing of IP telephony was not in progress. It was in 2004 when calling plans were introduced that made subscribers make calls in the same way they make call with their traditional PSTN system. Different offers were made that allowed national as well as international calling through IP telephony and with development in broadband the call quality has also developed.