No one can deny the impact of social media on the global population and the way it has affected business across the world. Facebook, Twitter, LinkedIn and many other social media platforms are continually using new ideas to connect individuals. How can VoIP or Voice over IP be left behind? VoIP too has been affected by the social media revolution and its integration is becoming more and more obvious. 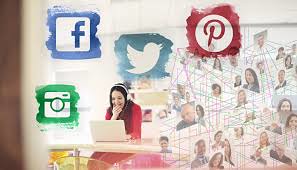 Innovations in social media with VoIP being the focal point

If we take a closer look at mobile apps like WhatsApp, and Viber, we can see that here the users are able to share text, images and video with one another. Though these sites are not as big as Facebook but their very existence is based on VoIP. Making calls and messages are sent over the internet. Well, the days of social media built around the VoIP has already started and things are getting better and better with every passing day.

Zuckerberg has created the best ever social media platform for the modern world. This can be judged from its growing user base, which has already crossed the 1 billion mark. Every time there is some innovation or news of some new move from the company it garners huge interest among users.

A couple of years back, Facebook purchased WhatsApp for whopping sum of $22 billion. The app was originally a part of the growing social media but immediately after the acquisition, VoIP calling feature was added. Thus, instead of slamming the door on its competitor, Facebook used the opportunity to expand its services.

The messenger app even has internet calling facility besides the VoIP calling feature. Now, there are many other companies that would follow suit. They are going to replicate the Facebook model to enhance their businesses as well.

All leading businesses are using social media to reach out to their customers. Customers too expect quick response to their queries. All this is done with the help of social media. This gives a head-start to  IP-PBX based VoIP integration with social media.

Companies often make it mandatory to fill up a form before making their content available to customers. Now this data automatically goes into the company’s CRM or Customer Relationship Management software. Executives in the company can use the VoIP integrated with the CRM to call up new prospects or follow up with existing customers.

What Does The Future Hold For Social Media And VoIP?

According to industry data, 79% of the businesses in the US have already started to use VoIP services. Another report reveals that an equal percentage of users are using social media as well. Features like messaging will soon be integrated with VoIP. VoIP and Social Media are made for each other. The day is not far when probably we will not even be aware where and how we are using them.